I managed to get an early night last night and slept all the way through for a change without having to get up.  I literally just crashed out.  However I am now feeling more with it and more compus mentis. I intend having another early night tonight.

Today we have had more packages arrive for OH, but for the best part I have been able to take things steadily.  I have pottered about in the house and then we walked her Highness for her constitutional. 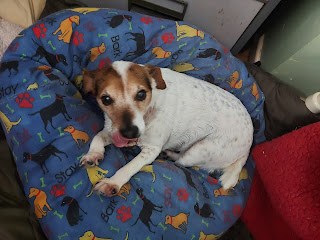 I called in to a  local  shop on the way home as I needed some salad stuff for tonight's tea.  We had decided to have the Rib Eye Steak for tea from Stilton Butchers whose meat delivery arrived yesterday and which I got packed into the fridge.  I served it with boiled potatoes, mixed salad, Green Peppercorn sauce, fried onions and mushrooms and it went down very well. 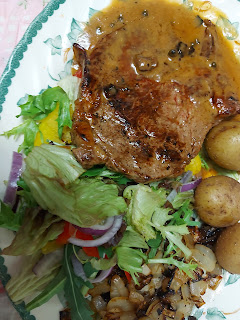 I bought the Garden New Magazine the other day and there were six packets of seed in that magazine as a freebie.  The seeds included are as follows: 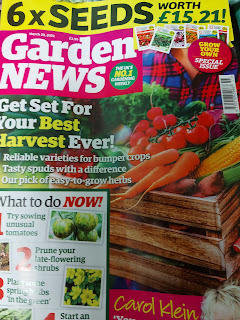 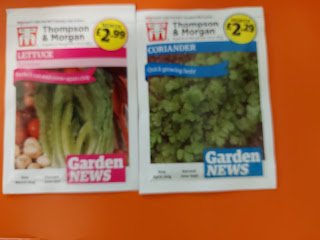 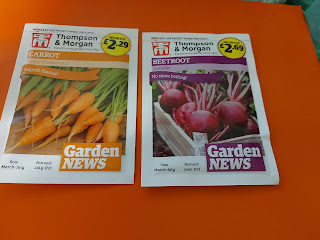 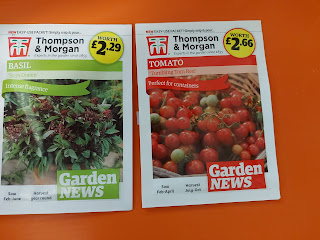 I also found some strawberry plants round at my local Co-Op the other day as well.  There were six plants in a set for £6 which works out at £1 a plant.  I bought eighteen plants in total.  I am hoping the weather will be fair this weekend so that I can get them into some planters.  I also want to get the greenhouses sorted and put up again and a bit of sorting out carried out in the garden.  Fingers crossed. 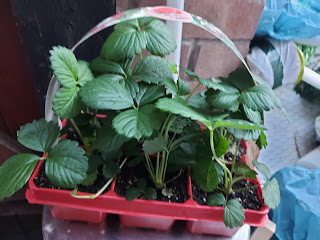 I am slowly making progress on my lap quilt and I will pop up an update next Thursday to report on that.  I have for the past two nights been working on one motif which was a bit more fiddly to work but it has now been completed in the colour I was working but more on that later on in the week.

I believe if we get up in time that we are going to see the fish man tomorrow, but will wait and see whether that occurs or not.  I am hoping to go into town for a short while tomorrow as there are one or two things I need to top up on.

Right must get on.