It has been a dully grey day here in Peterborough and slightly chilly.

We have been waiting for parcels again today and some consternation was caused as we were led to believe that a particular delivery was due today and when we checked the tracking information, they reckoned it had been delivered.  Eventually got to the bottom of things.  The order had defaulted to a previous order that we had with this company.  So hopefully fingers crossed the delivery will happen on Wednesday.

I have been pottering in the preserves department again and quietly enjoying myself in the process.  I love preserving stuff at the best of times.

Lets just say that I have made two lots of jam thus far.  More is planned but we will not be short of bread and jam if we ever have a situation like we have had with the pandemic.  I am starting to feel a little bit easier.  As I have indicated, I will do a full post on what I have been up to probably at the end of the week,  However I have added another 16 jars of jam to the shelf today alone. 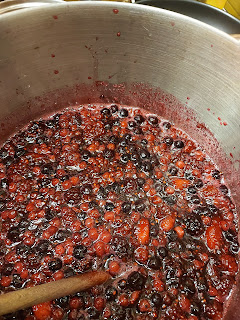 Tonight's tea has been the T Bone Steaks which we bought from Stilton Butchers.  They were massive.

This was the single T Bone steak which I had.  To be honest though it was far too big for me.  It was delicious, however far too much.  I prefer the fillet or the Rib Eye steak as my favourites.  The meat was tender, but as I say far too big. 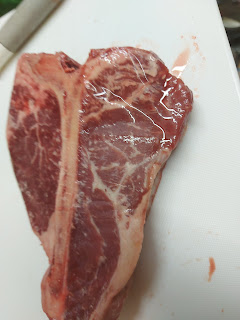 My smaller steak in the frying pan with OH's mahoosive steak. 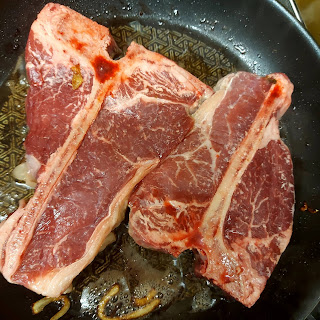 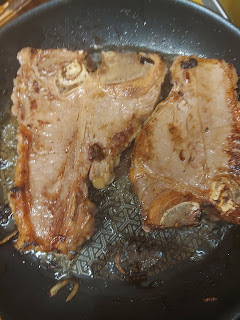 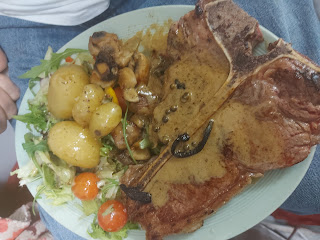 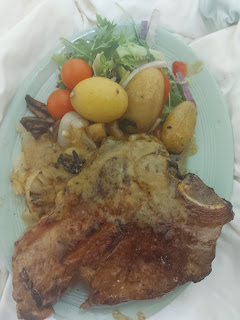 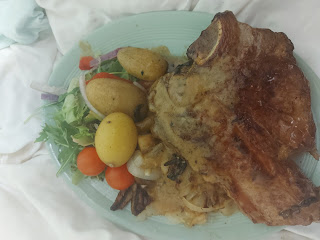 I have been pottering in the kitchen again this evening.  I have had a bit of a crisis earlier on as I ran out of jar lids (as I thought), but the more I thought about it the more convinced that I had some lurking somewhere.  I was right.  After a bit of a rootle around I managed to find the little terrors so all was saved.

Right must get a wriggle on.