I have had a bit of a busy day, although not getting on with the projects I had hoped to do.  Tiz just the depth that varies.

Am tired again, think I have been dreaming but cannot quite remember the dream.  If I am meant to it will come to me again.

Tonight for tea we have had Chicken Tikka Masala.  We have a local Butcher who sells properly made Indian sauces so it is a bit of a cheat really but a very tasty one.

I used half of the bag of chicken that I got from Stilton Butchers and the meat is of superb quality and nicely sized.

I start off by frying a large onion gently in a little oil and butter and start to get them going golden and then add in the chicken pieces and fry gently.  Do not have on a high heat as want to keep as moist as can. 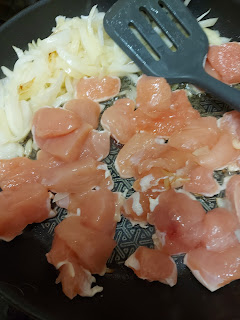 Chicken in the pan after first turning 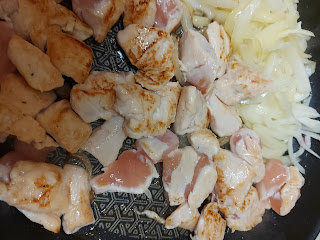 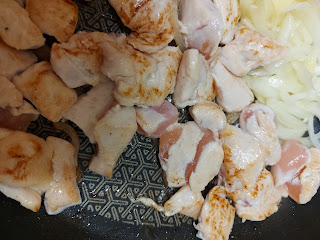 The rest of the chicken left for tomorrow night's tea which is going to be home made chicken stir fry. 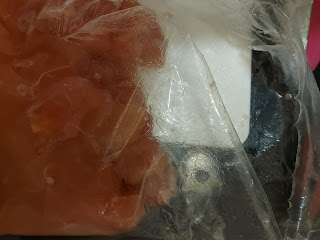 The chicken and the onion nicely caramelised. 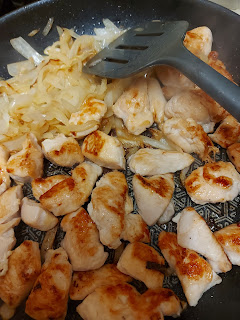 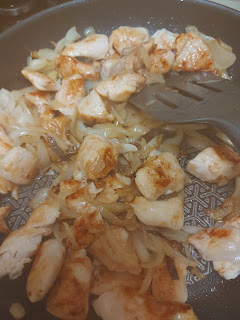 After adding the sauce I cook for about half an hour it is quite a thick pasty sauce, but I always swill the container out with a dash of water  - not much just enough as too much water can affect the flavour of the sauce. 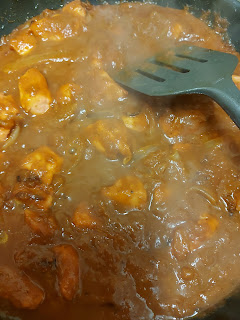 Whilst the sauce is cooking down I set about starting the Basmati rice and also the Naan Bread.  I nearly always have any kind of curry (never mind how mild it is) as this helps me eat curry style dishes.  Without it I often end up ill and I love curries although not hot.

Tea all ready to be served.

His plate  -  a larger portion 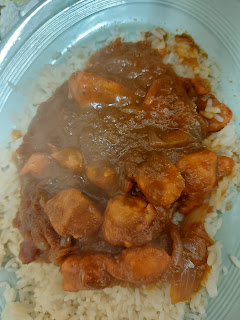 Mine  -  a smaller portion. 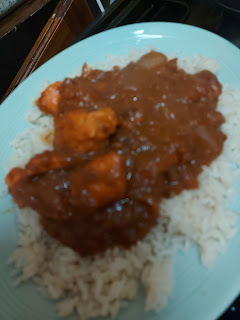 All washed down with a glass of Lager shandy.  Went down very nicely indeed.

Right am after an early night tomorrow as I have another busy day ahead.