For tea last night I had managed to pick up a small joint of pork for £6 .77 a nice little joint that will do us a couple of meals. 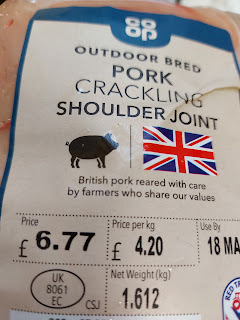 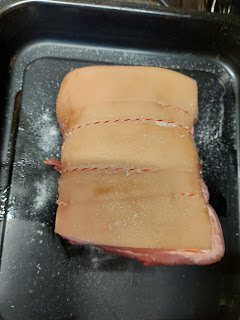 This time I dried the pork down and salted it a little.  I do not always do this but yesterday I chose too.  I also had some sausages that needed using up and so using a packet mix I made the crumb up and then split the sausages from their skins and then mashed it into the cold mix.  I also added in extra raw onion and some butter.  It is then pressed into a greased pan. 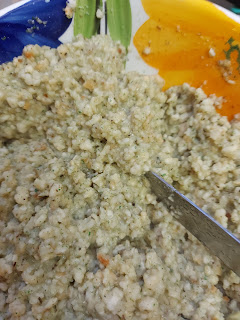 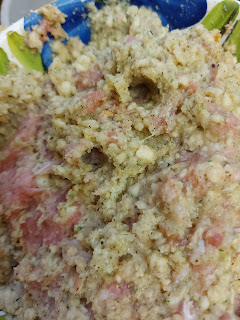 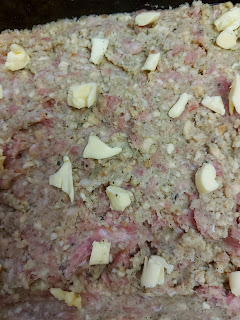 I also add some tiny bits of butter to the top. 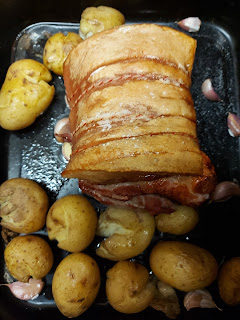 The joint half cooked with the crackling starting to form.  Instead of roast potatoes today I did smashed roast new potatoes with garlic.  You basically part boil the potatoes as you would for normal roasties, drain them and then put them into your roasting pan, squish or smash them down by pressing the potatoes into the pan so that they crush.  Add some whole cloves of garlic and then roast as you would normal potatoes.  They were very tasty. 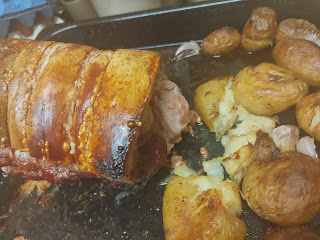 The joint and the potatoes cooked with the stuffing 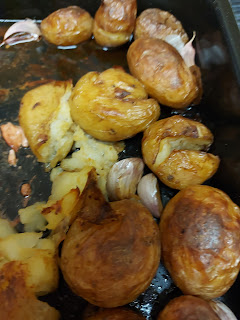 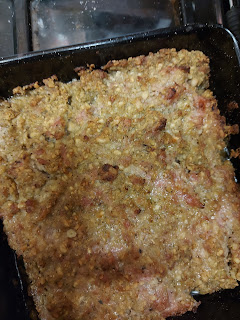 Dinner was served with the last of the asparagus and the beans, peas, carrots, broccoli with lots of gravy.  It was very tasty. 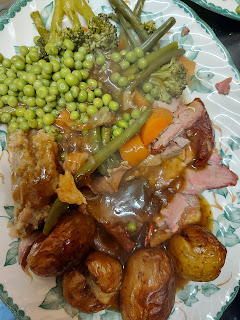 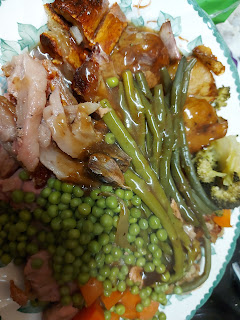 I think a lighter tea for tomorrow night.  Not sure what just yet.

I was late getting to my embroidery last night it was 9:00pm before I started working until 1:00am.  Only a little done but better some than none.

Catch you all soon.