Well our Cheese Box delivery from the Fine Cheese Company of Bath has arrived today and of course we have had the inaugural tasting and we are well pleased with the cheese selection which is called "Spring for the Moment".  It consists of a goat's cheese called Golden Cross - this will be lovely with French bread toasted and melted with a fresh herb oil drizzled over.  However it has a good robust flavour very different to other goat's cheese that we have tried and we liked it straight on its own.

Baby Baronet is very different as well which is made with Organic Jersey milk and the texture is very creamy but very different to what you think it will be it is also quite strong would be good melted or served hot with crudites.

Beauford is a delight.  You can smell the flowers of the Alps and it is full of flavour.  Reminded us of Comte or Gruyere but softer textured but much more floral.  Very tasty.

The Gorgonzola al Cucchiaio is soft, creamy and not as strong as you think it will be but that really is lush.

The Lypiatt to us came over as the cheese with the most nose but it is terrily nice.  The texture is very creamy and has more texture than you think.  Has a bit of a zing/acid flavour.

Very chuffed with all of them  The box cost £49 but you get a chance to try cheeses that you would not normally have access to and try some new ones and find some new favourites along the way.  We shall certainly be having some of the above again.

The product is well packaged with recyclable packaging and two ice packs in the box.  Each box is presented with a booklet on how to care for your different cheeses and a leaftlet describing the box you have bought and the different cheeses within it. 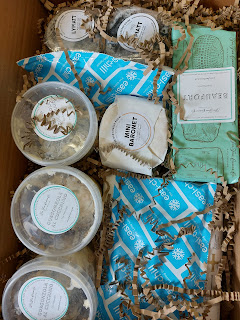 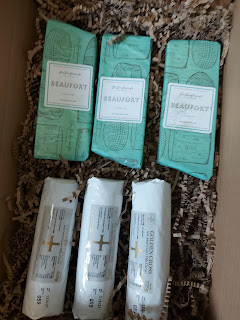 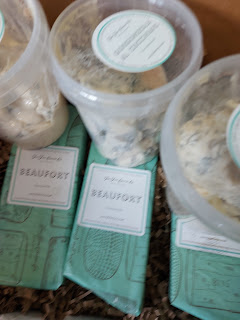 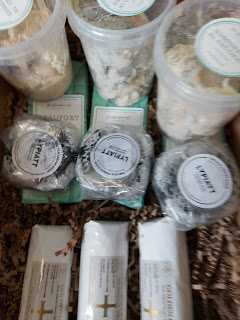 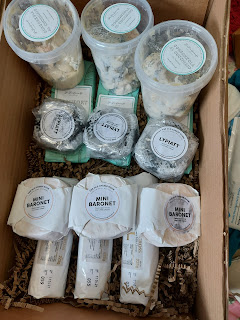 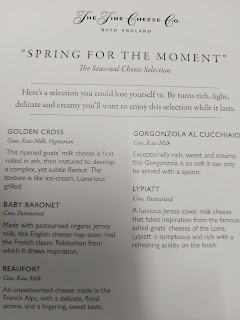 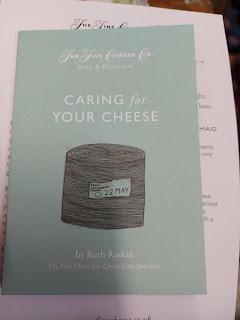 The website for the Fine Cheese Company in Bath is www.fineheese.co.uk.

I have also picked up the threads that I had ordered for the next project after the embroidered Lap Top Quilt has been finished.  I have prepared a separate post on this which was posted earlier this afternoon.  There are some free pattern links within that post. 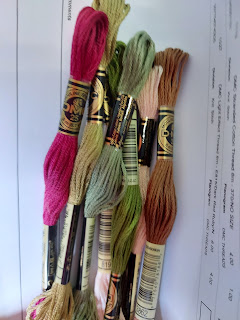 I managed also to do a lot more stitching last night.  Will update on Thursday.
We had a chicken curry using the Balti sauce.  I as usual had copious amounts of yogurt.  The sauce was lovely a little spicier but still very tasty.
Catch you later.
Pattypan
x
Posted by Pattypan at 11:00 am