The other day I started re-organising and cleaning four cupboards in the kitchen.  If the truth be told they are the last four to do.  I have already done 1  1/2  3cupboards; (just one more to go now) so far most cupboards have been stacked with some of my baking tins.  Some have been relegated to the bin and some to the charity shop. There are still loads more to be added which are in different locations of the house.

I popped up on Instagram some of the items had found as a result of the clear out.  I then got to thinking that we are all interested in other people and what they get up to, but wouldn't it be interesting to see one of their cupboards all tidied, and done.  Thought it might inspire some of us to do a cupboard at a time, instead of whipping ourselves internally for not doing this or that.  Me being the typical "Bull in the China shop", has to do things all at one go, but I am slowly learning that, getting something done is better than doing nothing at all.  Okay so not everything done, but less to do overall at the end of the day and less of a mountain to climb by this method.  I also have to cater for the "fatigue" issues that I have when I literally do run out of steam.  Which for someone who is used to flying around on a broomstick (or if you like turbo powered vacuum cleaner - thinking Hocus Pocus here), it is very frustrating when your mojo disappears.  Ah well such is life these things are sent to try us.

Anyway back to kitchen cupboards.  Is it something you are willing to share.  In any event I thought that I would start it off with the cupboards that I have sorted so far, and what have done so far.

I have a lot of kitchen equipment much of which I am not ready to let go, and a very tiny kitchen, so my organising may not be the most normal way of sorting things out, but is workable with what I have, and the space I have available to me.  I have always aspired to a very large Farmhouse Kitchen, which in reality just has not arrived quite yet.  Ever the dreamer and ever the optimist, that does not stop me from aiming for my dream.  One day it will all come together.  You just have to believe in a little magic and the universe!

Here are my sorted cupboards and some of the bits have found in there.

Here is my main sheet pan cupboard after it has been tidied. 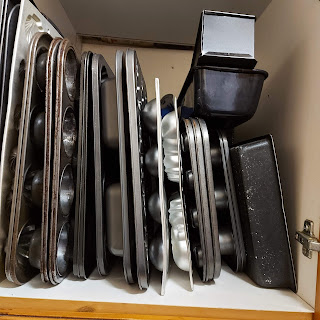 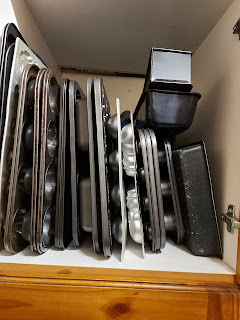 Along the way I found all sorts of interesting cake pans and trays.  This one is a ring mould with fluted sides and a lid. 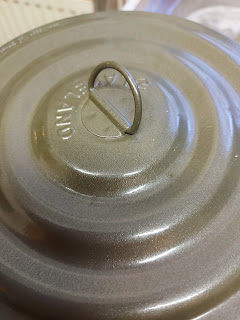 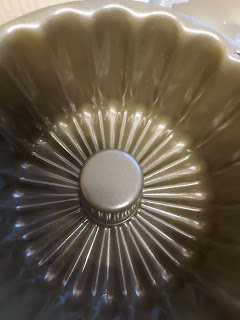 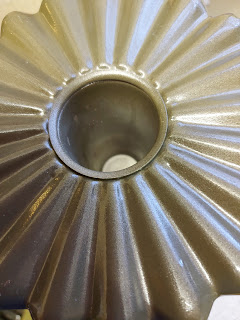 A shallow Eclair Pan.  I have two of these. 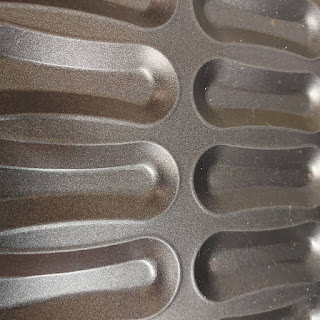 My Mini or medium Pastry Pan for making festive meat pies.  You just move out the side links to create a bigger pie.  I do have another larger one of these somewhere.  Predominantly for Pastry. 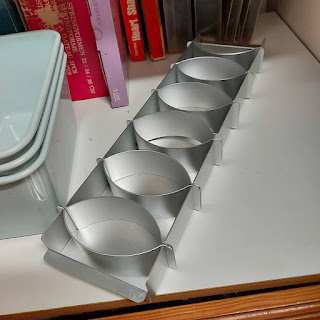 My Jamie Oliver 2lb Bread Pans in front of a partially sorted cupboard. 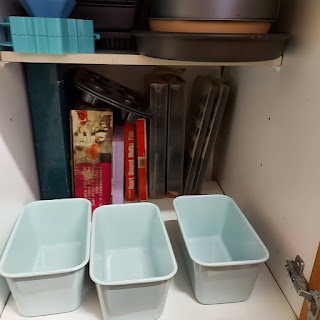 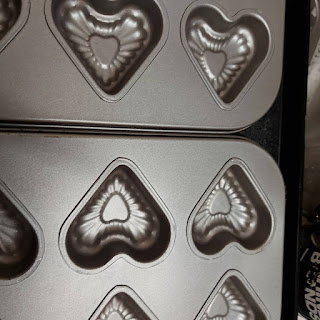 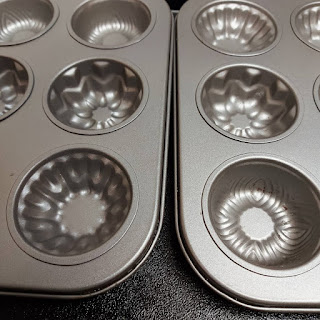 Some of these I had forgotten I had.
Are you going to join in and share a cupboard that needs organising especially in the run up to Christmas.  Then like me you might be able to find what you are after.
Catch you soon.
Pattypan
x
Posted by Pattypan at 10:45 am